Governments at all levels as well as other private and public organisations have been tasked on the need to increase and improve the funding for Polytechnic education with a view to attaining  its core mandate of producing middle and higher level manpower for the industrial growth and development of the nation.

Stakeholders at the Summit emphatically called on governments to increase allocations to the nation’s Polytechnics to make them achieve their goal of promoting technical and vocational education, training and skills development to enhance the country’s socio-economic advancement.

Managements of Institutions were also called upon to “harness resources from national and international organisations like World Bank, Tertiary Education Trust Fund and other international donors among others to boost funding of the Polytechnic education toward optimum productivity.”

With a good ratio of Ph.D holders among staff of the Polytechnic, the Summit emphasised that efforts must be geared towards empowering the Polytechnic system to mount post graduate courses to harness the potentials of the eggheads, as research must be prioritized and geared towards obtaining research grants, which should be judiciously utilized.

Also recommended at the Institution’s maiden Economic Summit was a mandate for the Polytechnic system to compete favourably well with best global practice, to achieve this, its curriculum must be regularly reviewed and aimed towards regulating national and global contemporary issues and challenges, while giving the use of Information and Communication Technology a pride of place.

The Communiqué signed by a Panel of eight Academics, seven Deans in the Polytechnic and a former Deputy Rector, Dr. Nnamdi Aboloma further harped on the need for Polytechnics to priotise the training of engineers, senior technicians and other highly skilled workers with practical experience rather than pursuing academic theoretical studies.

The Institution was encouraged to make use of its vast expanse of land optimally for various forms of agricultural activities as a way of augmenting its internally generated revenue, and the Polytechnic was also advised to collaborate with the private sector in the area of provision of infrastructural facilities.

While also explaining harnessing of resources/assistance from National and international organisations and other donor agencies, the institution was also mandated to begin to strengthen its identified fund generating organs with a view to improving its revenue generating capacity, as well as priotise motivating staff for optimum productivity.

The two-day maiden Economic Summit organised and held at the prompting of the eleventh Governing Council of the Institution was attended by over 500 active participants drawn from within and outside the Polytechnic, particularly across the private sector as well as from global/International and National Agencies, inclusive of the Academia and the Media. 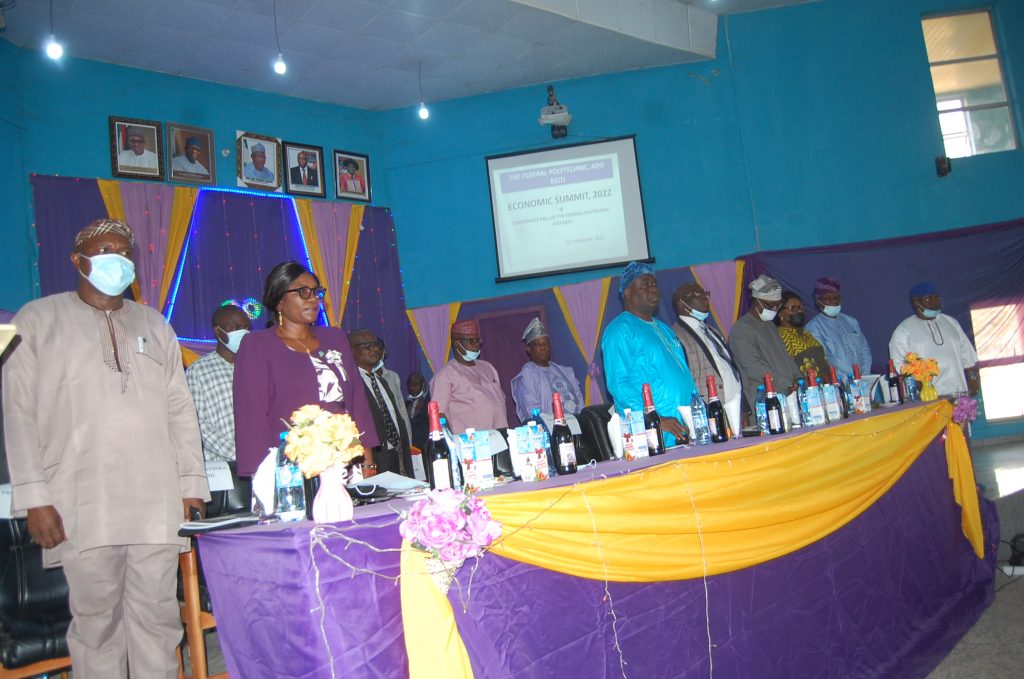 CRID
CEDVS
We use cookies on our website to give you the most relevant experience by remembering your preferences and repeat visits. By clicking “Accept”, you consent to the use of ALL the cookies.
Do not sell my personal information.
Cookie SettingsAccept
Manage consent